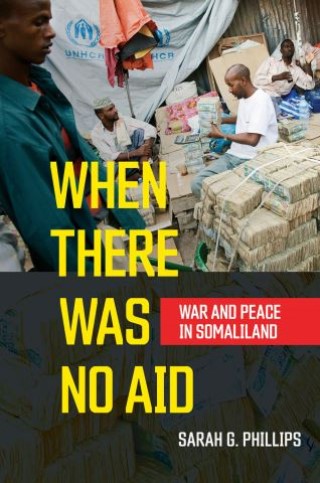 When There Was No Aid

War and Peace in Somaliland

For all of the doubts raised about the effectiveness of international aid in advancing peace and development, there are few examples of developing countries that are even relatively untouched by it. Sarah G. Phillips's When There Was No Aid offers us one such example.

Using evidence from Somaliland's experience of peace-building, When There Was No Aid challenges two of the most engrained presumptions about violence and poverty in the global South. First, that intervention by actors in the global North is self-evidently useful in ending them, and second that the quality of a country's governance institutions (whether formal or informal) necessarily determines the level of peace and civil order that the country experiences.

Phillips explores how popular discourses about war, peace, and international intervention structure the conditions of possibility to such a degree that even the inability of institutions to provide reliable security can stabilize a prolonged period of peace. She argues that Somaliland's post-conflict peace is grounded less in the constraining power of its institutions than in a powerful discourse about the country's structural, temporal, and physical proximity to war. Through its sensitivity to the ease with which peace gives way to war, Phillips argues, this discourse has indirectly harnessed an apparent propensity to war as a source of order.